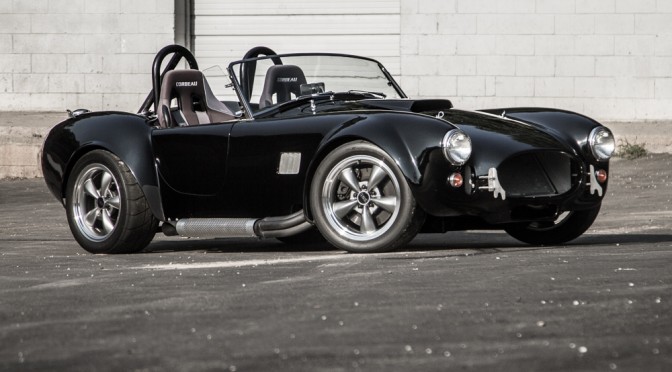 About the AC Cobra..

The AC Cobra was the result of what happened when Carroll Shelby, having had reasonable success as a driver on the European sports car racing scene, had to hang up the helmet due to a failing heart, but wanted to stay in racing one way or another. His idea, one that came to change sports car racing, and set the stage for the inevitable Ford against Ferrari showdown, was combining the best of the US with the best of Europe; he wanted to put a large American engine into a small, light European chassis. 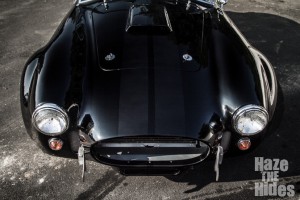 The chassis that he had in mind, the feather light, steel tubed, and aluminum bodied Ace by British A.C. Cars, with its independent suspension all around, powerful disc brakes, and rack-and-pinion steering was to go head to head with the Ferraris of time, but also the Corvettes from GM. After first having reached out to GM for a Chevrolet V8 engine to power the beast, and felt the subsequent sting of rejection due to GM, and the Corvette’s father, Zora Arkus-Duntov, not wanting to power something that would inevitably compete directly with the Corvette, Carroll Shelby called up Ford.

Unlike GM, Ford did not have a sports car to go racing with, but wanting to get into racing, and realizing the  marketing potential, Ford was quick to offer their new 221 cubic inch V8. While this engine never did make it into Carroll Shelby’s sports car, other Ford engines did, culminating with the 427 cubic inch big block. The year was 1962, and the AC Cobra had been born. 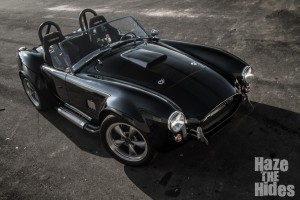 The AC Cobra, while never quite clenching the podium winning results, and eventually seeing its replacement in the Ford GT40,  was still a remarkable car in more ways than most. With the overall weight less than half that of a modern family sedan, and with a power output easily double or triple that, it was capable of incredible performance feats. The over 500 hp strong, 427 cubic inch, big block version of the Cobra was able to accelerate from 0 to 100 mph, and back down to 0 again, in less than 14 seconds, something even modern supercars have a hard time with.

With the simple sophistication of the chassis, and the brutal performance of the car, even after its racing days were behind it, people still admired the little American engined, British sports car. So much so that with the value of the original AC Cobra race cars soaring ever higher, others sought to replicate the cars. 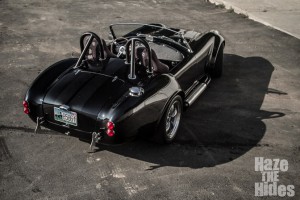 In 1995 a small company called Factory Five Racing, working out of humble shop in Massachusetts, started the design of what became one of the best engineered, highest quality, and most faithful replica renditions of the AC Cobra, eventually culminating in the best selling replica  kit car of the industry: the Factory Five Mk.4 Roadster. 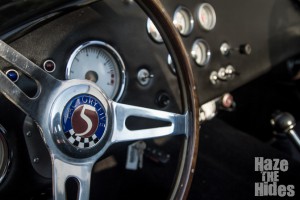 This car, named after Matthew McConnaughey’s character’s car in the movie ‘Dazed And Confused’, started out as a 2008 Fatory Five Roadster kit, and was put together by the owner in his garage. It is, like its origin, powered by a Ford V8, albeit a more modern one than what the AC Cobra ever dreamed of.  Very fittingly the 281 cubic inch V8 was taken out of a 1996 Ford Mustang Cobra, a car that itself was named after the AC Cobra. To make matters even more serious, a supercharger sits on top, ensuring that this particular car stays true to its high powered, low weight heritage with a measured 400hp to the rear tires in a car that weighs only 2100 lbs. 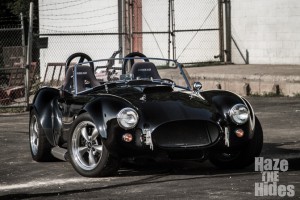 To put those numbers into perspective, this astonishingly beautiful, home-built car has more power than a Ferrari F430, more torque than a large Mercedes turbo diesel, and weighs less than the smallest Toyota Yaris. Think about that for a second. It makes for a power-to-weight ratio somewhere in between that of a Lamborghini Aventador and a Bugatti Veyron. 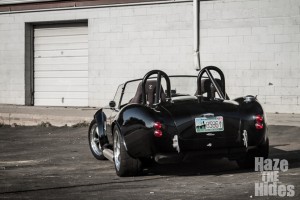 While that much power in that little amount of car could never garner a particularly high crash safety rating by today’s standards, it does prove that the original design that Carroll Shelby put forth those five decades ago still holds true to this day, providing its driver with a brutal, almost primeval, experience not easily found, nor replicated, anywhere else.