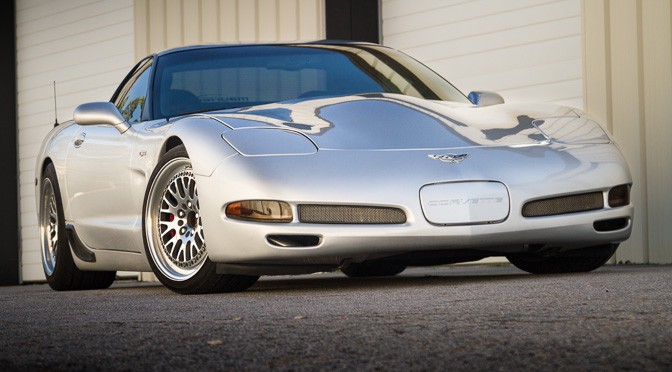 The 5th generation Corvette, produced from 1997-2004, was originally available only in a coupe body style. Subsequent years added the convertible and the fixed-roof coupe (FRC) to the lineup, but all used the same aluminum small block engine, the LS1 V8. The game changed in 2001 when Chevy refined the FRC with weight-saving components and additional power in the form of the LS6 V8 engine. This exciting package was dubbed the Z06 – a nod to the ultra-rare, high horsepower beast of the 2nd generation Corvette. By 2003, the LS6 produced 405 hp and 400 lbs-ft of torque. 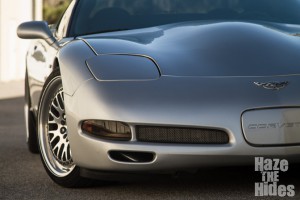 Z06s were available in fewer exterior and interior color options than their less powerful coupe and convertible siblings, were lighter weight, and were only available with a manual transmission.  Other differentiators included larger brakes, wider tires, titanium exhaust, standard Z51 suspension, different wheels, cooling vents in front of the rear wheels, mesh screens in the fog light cutouts, and Z06 badging on the front fenders.

All 2003 Corvettes were finished with unique 50th anniversary badging, which looked especially at home on silver models like this one. 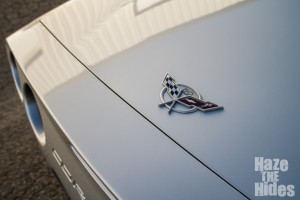 There are a few visual cues that this particular Z06 is not quite stock; the bulging hood, smoked lights, and aftermarket rims and exhaust are the first indicators. Close inspection of the fender vents on each side of car, near the front rim, reveal two intriguing details: “Turbonetics”. 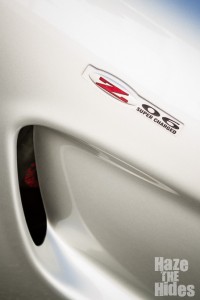 It was the summer of 2012 that this project saw its beginning. The car then had the factory Z06 wheels and body side moldings, and the lights weren’t tinted. It came equipped with FLP exhaust headers, Borla mufflers, and a Magnusson, non-intercooled 112-model supercharger. With that it made 455 hp to the rear tires, and with the help of methanol injection, once it was installed, it made 470.

That setup quickly saw its demise after a race with a BMW M6 on the highway, where the Z06 barely edged out the BMW. Parts were sold, and the Magnusson supercharger was replaced with one from Vortech; a V3-Si model, with a custom-ground camshaft. The result was 667 hp/580 lbs-ft to the rear wheels on 12 psi of boost. During that time, the windows and lights got the ubiquitous tint, the stock badging was removed, and the car was lowered to ride on CCW Classic wheels. 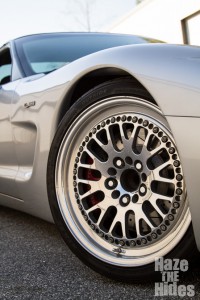 Despite the car being a true street car, with an ever-growing kill list, a new setup was put in the works to achieve the ultimate goal of having a 1000-hp street car. This time the new build upped the ante by using a 408 cubic inch iron block with massaged, CNC ported heads by Trickflow. A new custom camshaft was ground, too. The supercharger was again replaced, but not with another, bigger supercharger. It was time for the twins; two 64mm turbos by Turbonetics, running in a custom, hand-built turbo system by Mayhem Motorsports of Raleigh, NC. 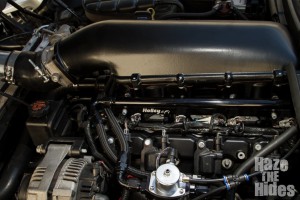 With an induction system capable of pushing vast quantities of air into the iron engine block, it was decided to forgo on the regular gas in favor of E85 ethanol. Not because of the lesser environmental impact, but because of the cooler engine temperature and higher power output potential of the corn juice.

The transmission choice remained a beefed up T56 by Tremec behind a McLeod RXT clutch. Yes, the car stayed with a manual transmission, just to make those high speed runs a little more challenging, shifting gears with one hand on the shifter and the other on the wheel, while the rear end desperately dances around in a feeble attempt to keep the power to the ground through the big, sticky Mickey Thompson Drag II tires in the back. 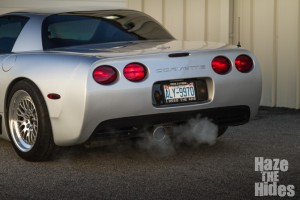 As the car sits now, on its initial, low boost setup, the turbo wastegates limit the boost to 9 psi. It’s 3 less than with the Vortech supercharger, yet it makes 760 hp/700 lbs-ft with the help of E85 and a much more efficient forced induction system. The turbos are capable well north of 20 lbs to reach a final goal of 1200 hp to the tires. Edna is going to be moving out.