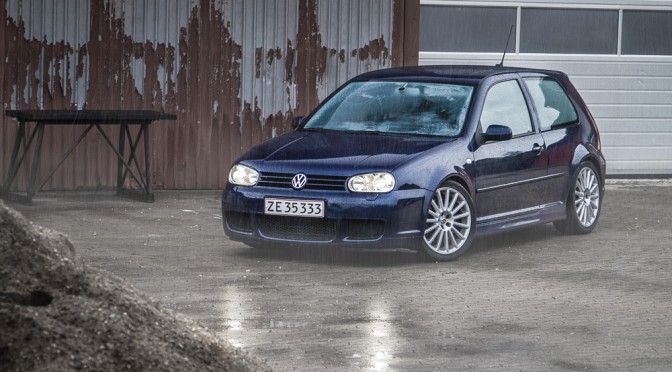 Sure, Volkswagen, in their efforts to instill some thrill of the GTIs of yesteryear into the later generations, had introduced the higher output, narrow angle V6, dubbed the VR6. In itself an ingenious way for Volkswagen to put a larger displacement 6-cylinder engine into an engine bay that was otherwise designed to only hold a 4-cylinder engine, however, the driving dynamics of the 4th generation VR6 and GTI remained lazy at best. 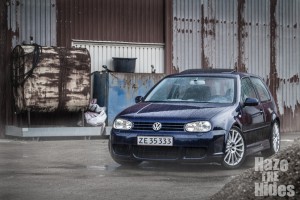 Not wanting to be left behind in the class that they created, and with a sense for the insane, Volkswagen approached the issue of the overweight, underpowered hot hatch with their well renowned sense of logic and rationale, and with German thoroughness decided to throw every technological innovation in their repertoire into one last 4th generation Golf, before it was time for the next generation. They took the new, high performance 3.2 liter VR6 out of the very limited Beetle RSI, the Haldex all-wheel-drive from the Audi TT Qauttro, a 6-speed manual transmission or DSG double clutch automatic — a world’s first for a street car, bigger brakes and an independent rear suspension not seen on a Golf before, new interior with fully automatic climate control and seats by König, dressed it up in a new, more aggressive 4th generation body, and called it the R32. It was the pinnacle of the Golf platform, and with an unmistakable exhaust note had gone where no GTI had gone before. 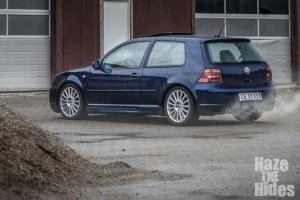 With a remarkable blend of performance, luxury, and innovation, the R32 placed itself one step above the GTI class on the automotive ladder. Even though it never did go as fast as its nearest competitors, the Subaru Impreza and Mitsubishi Evo, in a straight line, its cornering capabilities did allow it to hold its own against the domesticated rally cars of Japan. It didn’t really matter, though, because the R32 was in a class of its own.